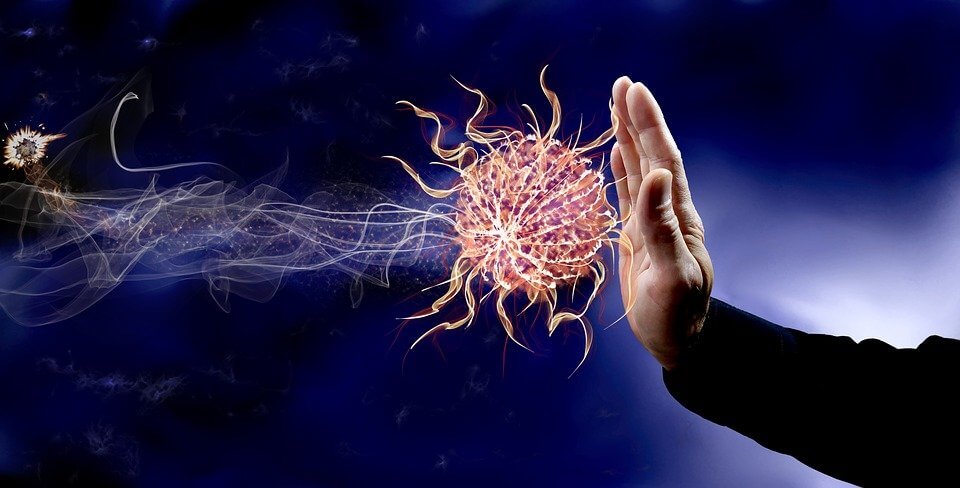 It looks like there could be a setback for CRISPR-Cas9 as a gene therapy option for humans. Last year ended well for the gene-editing tool, and we got one step closer to using it as a disease treatment. The expectations were high. But now, according to a recent publication, our immune system could render future CRISPR-Cas9 treatments ineffective. Humans might be resistant to CRISPR-Cas9, and it could even harm us.

Can you believe it? CRISPR-Cas9, the king of genome editing tools, allowing scientists to manipulate genes since 2013, has been riding the big Kahuna and controlling it until now. Everything looked promising, and now this. You can imagine that it left the faces of some scientists and other random aficionados looking like nesting boxes. A total backlash…

But the question is, how worried should we be? Is this the end of CRISPR-Cas9 as a potential gene therapy? Has doomsday finally arrived? Let’s calm down for now and look at the problem in a Q&A way. What happened, what are the implications, and how can this be solved? Let’s start then:

Yes, CRISPR-Cas9. It’s a genome editing tool that can cut genes or other sequences of your choice in the DNA (lately, you can even cut RNA with it, but let’s focus and talk only about DNA-cutting for now).

The tool is derived from the bacterial immune system. Simply put, it consists of a protein that can cut DNA but needs to be guided to the right spot. This is achieved by coupling the cutting protein to a small module that guides the cutting protein to the right sequence, a so-called guide RNA or guide for short. Once targeted, the DNA sequence can be cut at that specific spot which can lead to mutations, many times resulting in a total silencing of its expression.

Researchers can design guides that target almost anywhere in the DNA. So, it’s useful on the lab bench. But what if we could use the tool as a therapy? What if we could change sequences that lead to diseases? This is a big idea, and we’re close to such solutions.

CRISPR-Cas9 as a therapeutic tool?

Again, yes. Beginning of last year, the company CRISPR Therapeutics applied to perform clinical trials with a CRISPR treatment against sickle cell disease and β thalassemia. Patients with these conditions have genetic mutations in a gene that expresses a subunit of adult hemoglobin. The mutation affects the oxygen transport by the blood cells.

The idea is to use CRISPR-Cas9 to target and silence another gene that represses the production of fetal hemoglobin, which is produced early in life. Oxygen transport can be restored by allowing fetal hemoglobin to be expressed again. No more nasty symptoms are caused by these conditions.

So, what’s the problem now?

A recent publication demonstrated that some people have immunity against the protein that cuts DNA, called Cas9. This means that Cas9 is recognized as a pathogen by your immune system.

It goes from being the king of the bar to that drunk that isn’t supposed to have another drink because he’s annoying everyone already, yet he takes his chances. Eventually, he gets kicked out by security (the immune system).

Here’s the root of the problem: between 20% and 40% of people have developed antibodies and/or immune cells against at least one of the two bacterial strains Streptococcus pyogenes (S. pyogenes) and Streptococcus aureus (S. aureus) respectively. The most common forms of Cas9 proteins, SpCas9 and SaCas9, are (as the names suggest already) derived from these two bacteria.

Because of this, Cas9 risks being kicked out of the bar (i.e. your body. Yes, your body is a bar, deal with it). To add to that, in the worst-case scenario, a cellular immune response could lead to systemic inflammatory responses. This last part is bad and can cause overall toxicity in the body.

Imagine the security guard beating up the rest of the guests and trashing the place just because of this one drunk.

Why are some resistant to CRISPR-Cas9?

Since some people have been exposed to S. pyogenes and/or S. aureus in real life, there is a risk that we also develop an immunogenic memory and response against these. “Risk” is maybe not the right word in general terms since it’s often a good thing we have this surveillance system. But it is a risk if you want to undergo CRISPR gene therapy in the future, and the only options are using SpCas9 and SaCas9.

Why is this relevant?

Easy, people being resistant to or getting sick from therapy is bad for business; and for people, of course…

Is this the end of CRISPR-Cas9?

No. For several reasons, but let’s first be clear that this does NOT impact ex vivo, in vitro, or animal experiments in research. High-five lab-rats! You can keep on using this to study genes, proteins, and cell functions (you lucky bastards…).

The finding only affects future CRISPR-Cas9 gene therapy in multicellular organisms, and I’m mostly thinking of humans now. However, there’s still hope. Here are some points that can save future gene therapy with CRISPR-Cas9. Because believe me, this isn’t over.

The published study is not confirmed yet

First of all, the above-mentioned paper was published in a preprint source called BioRxiv. It has increased in popularity because now researchers can publish ongoing or unfinished work to the public. The problem is that it lacks peer review, so other scientists do not evaluate it.

In other words, this is still only one observation before other researchers confirm these findings. And it might be 100% accurate, but then again, it might not be.

The CRISPR-Cas9 gene therapy tool can be further optimized

Let’s look at the bright side for a second. This whole immune system issue allows us to develop the CRISPR tool further and optimize it for future clinical trials. Obstacles and difficulties will appear, just as with any other project. But there’s nothing strange with that. We cannot get it right immediately. Several tweaks might be necessary before it can be successfully introduced as a human treatment. We have the chance to improve it.

This one is possible. Since the findings only are relevant to Cas9 from two bacteria strains (S aeurus and S pyogenes), a solution could be to use the Cas cutting proteins from other bacteria. A bacterium that humans have never been naturally exposed to. Your immune system would have no clue about the existence of this one and would not react to it as a pathogen. Here’s an interesting option: how about bacteria living in hydrothermal vents?

Other technologies can prove valuable

This little “speedbump” can also emphasize other, maybe better-suited technologies. Could it, for example, be time for CRISPR’s main rival TALEN to get back on stage? TALEN is a different type of genome editing tool, a bit tougher to design and produce. It was more or less abandoned by the scientific community as soon as CRISPR-Cas9 showed its face.

I’m not saying it’s ready for use as a treatment, and other backup options are probably to be considered. Not to offend the all-in CRISPR enthusiasts, but this could allow TALEN to get cleaned, improved, and out of its lonely bachelor room. The more options we have, the better.

Another option is the use of immunosuppressants before CRISPR gene therapy. A suppressed immune system cannot recognize the Cas9. Of course, this could result in other complications such as infection risks, but it’s an idea at least.

Maybe it’s possible to analyze the patient’s immune profile before initiating clinical trials or future therapies. I don’t know. Could this be an option?

You see, hope is not up. As always with CRISPR, nowadays, people become so sensitive about the tiniest setback. Observing how CRISPR can sometimes be treated as a miracle cure for everything can be mind-blowing. A science Jesus. There’s no patience with it, either. Calm down, people. give it time, and we will be able to get the most out of it.

I started working with CRISPR-Cas9 in 2013 myself. I’m not bragging; just saying. But I also remember some smug comments from some colleagues when the first reports showed the possible off-target effect of CRISPR: “So, this is the end of your project then?” Colleague, please… Look where CRISPR is now.

Let’s not prepare the tombstone for CRISPR gene therapy just yet. Just like punk, CRISPR is not dead. So, until next time, keep rocking.

How long does the coronavirus last in the air? The latest you need to know

Falling for fallacies: the differences you need to know between formal and informal reasoning errors

Can we treat diseases with Cas12a (CRISPR)? Modifying multiple genes.