Opening the gates to the scientific world

First CRISPR babies born in China | Is that a good thing?

It finally happened. The CRISPR babies born in China were the first gene edited babies ever! Or that’s the claim at least.

He Jiankui, a scientist from the Southern University of Science and Technology of China in Shenzhen claims to have disabled a gene important for HIV infections. He edited embryos using CRISPR, which he then used for in vitro fertilization. Don’t believe me? Here’s a clip of him promoting the whole thing…

The result (allegedly): twin girls (Lulu and Nana) with a CRISPR mutated gene.

Btw, no validations done, no peer-reviewing, no data. Claims.

[And believe me, it’s not an April fool’s joke because, well… it’s November… and if you ask me the real November fools are the ones out there trying to rock that so-called moustache]

The edited gene codes for CCR5, a protein on the surface of white blood cells that HIV can bind to and use as an entry point. After entering (thus infecting) the white blood cell, the virus multiplies its genetic material, producing more virus and thereafter blast out to infect more cells.

This is how it works: CRISPR protein Cas9 gets introduced to the embryo together with a guide RNA that recognizes the CCR5 gene. The combined Cas9/guideRNA complex binds the gene and Cas9 is able to cut it in two pieces. From here on, there are different options, but the simplest one is that the cell’s own DNA repair system tries to fix the cut by gluing the two ends. And then (after several cuts and repairs) the repair machinery makes a mistake, causing a mutation and a disabled gene expression.

[this is a compressed explanation, if you want to know more check here]

In other words, CRISPR causes a corrupt CCR5 gene, which results in no CCR5 protein and no virus entering the cell. Hence, infection disabled.

Now, there are at least two reactions to this news:

I think the second reaction for now is the most popular one; at least in the scientific community. 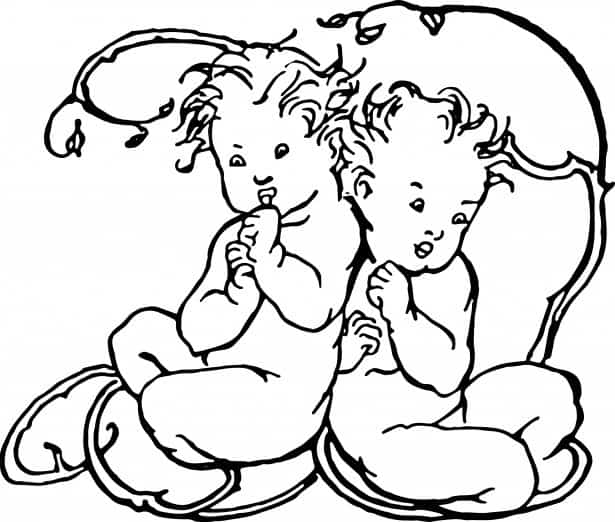 As I explained in a previous post, there is still a risk of off-target effects. These are unintentional targets that can sometimes happen as an unwanted side-effect when using CRISPR.

Also, premature use of CRISPR – without caution – may affect not only the family in question, the institute in question or the country in question. It affects us all; Pandora’s box is now open (to dramatize things). But I’ll come back to it in a later post.

In the end it’s a procedure that affects not only the gene-edited babies, but the following generations. Before we go buck-wild, editing genes to the left and right, we need to have some type of confirmation that it’s safe.

Clearly, this wasn’t any gene, but a (potential) disease-causing one. But according to genome-editing scientist Fyodor Urnov, “safe and effective ways” already exist to protect from HIV, and they do not involve embryos. “There is, at present, no unmet medical need that embryo editing addresses,” he said to Nature.

The general opinion about the CRISPR babies born in China

Now, I hear you thinking (yes ‘hear’) “Ahh those Chinese researchers again, always willing to do any experiment just to pioneer in the field. There’s no regulation over there”. I’ve heard the comment before.

But according to the same Nature article linked above, more than 100 Chinese scientists have posted a strong critical statement online. (Btw, don’t bother opening the link if you’re not Chinese, just saying).

Also, the Southern University of Science and Technology said in a statement that they were unaware of the work and that it wasn’t performed at the institute. Word is, He has been on leave since February (nine months…?). Yes, for real (still not April fool’s day).

“The Southern University of Science and Technology requires scientific research to abide by national laws and regulations and to respect and comply with international academic ethics and academic standards,” the text said.

I’m not here to defend, accuse or even to stir the pot. I’m just here to inform you about last days commotions. Important stuff that everybody should be aware of. Because, as I’m going to try to explain in my next post or so, we are all affected by these types of experiments. It’s about the future.

This website uses cookies to improve your experience while you navigate through the website. Out of these, the cookies that are categorized as necessary are stored on your browser as they are essential for the working of basic functionalities of the website. We also use third-party cookies that help us analyze and understand how you use this website. These cookies will be stored in your browser only with your consent. You also have the option to opt-out of these cookies. But opting out of some of these cookies may affect your browsing experience.
Necessary Always Enabled

Any cookies that may not be particularly necessary for the website to function and is used specifically to collect user personal data via analytics, ads, other embedded contents are termed as non-necessary cookies. It is mandatory to procure user consent prior to running these cookies on your website.