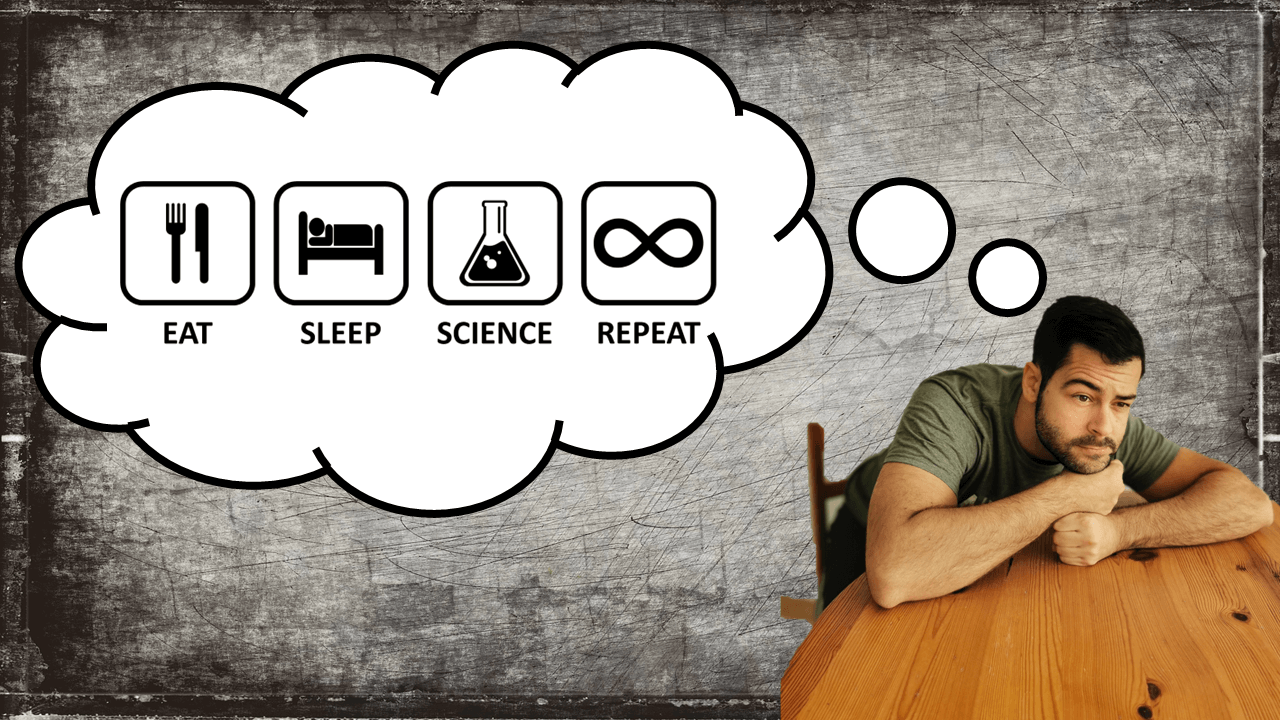 It’s safe to say the scientific method is one of the main pillars of science, which helps researchers understand our complex world. In simple terms, the scientific method structures the process of discovering new things, including the most groundbreaking scientific findings. Sure, structured and organized science probably shatters your image of the nutty professor’s spontaneous “eureka’ moment. But here’s the sad truth about science: it’s not like in the movies.

Nevertheless, I’d argue a more structural approach makes science more interesting, solid, and reliable. But not only that, I’ll go out on a limb and argue that you can use the scientific method to improve your daily and professional life. After all, the approach doesn’t belong exclusively to science; the scientific method merely offers a common, logical way of observing and understanding your surroundings and world.

Standard steps of the scientific method

You can divide the scientific method into five steps:

Step 1: Observe something and ask a question

It all starts with an observation and a question. Let’s say you want to charge your phone (yes, buckle up because I’m going 21st-century, high-tech millennial). You realize the little battery icon on your screen stays the same. Frustrating, sure, but see the issue as an opportunity to test your newly gained scientific-method skills in real life. So, start by asking a question:

Why is my phone not charging?

In the next step, you gather as much information on your observation as possible. You want to research what’s already known, for example, if other people have answered your questions already.

You might want to check articles or forums for your particular phone model to find out if someone with your phone model has experienced the same issue.

Once you’ve studied the topic, you’ll formulate a hypothesis, an educated guess that can answer your question. Although guesswork might seem odd after all the research and study, you (the researcher) are now ready to try to explain the observation. This step constitutes the essence of the scientific method because it will keep you on track and guide you closer to the true answer.

You can use the good ol’ “if, then” statement:

Or other formats, for example: “The phone charger is broken and cannot transfer electric current into the phone.”

And don’t worry, the hypothesis doesn’t have to be true; both positive and negative results can offer exciting outcomes. However, the hypothesis should be testable. Otherwise, what’s the whole point of going through the previous steps? So, a flawed hypothesis is a prediction you cannot test. For example: “The phone has a personality disorder and only charges when it’s in the mood of charging.”

Go ahead, and try to mentally test this hypothesis for a while before continuing to the next paragraph I’ll #checkmywatchnonchalantly).

Still, let’s stick to the following hypothesis: “The phone charger is broken and cannot transfer electric current into the phone.” 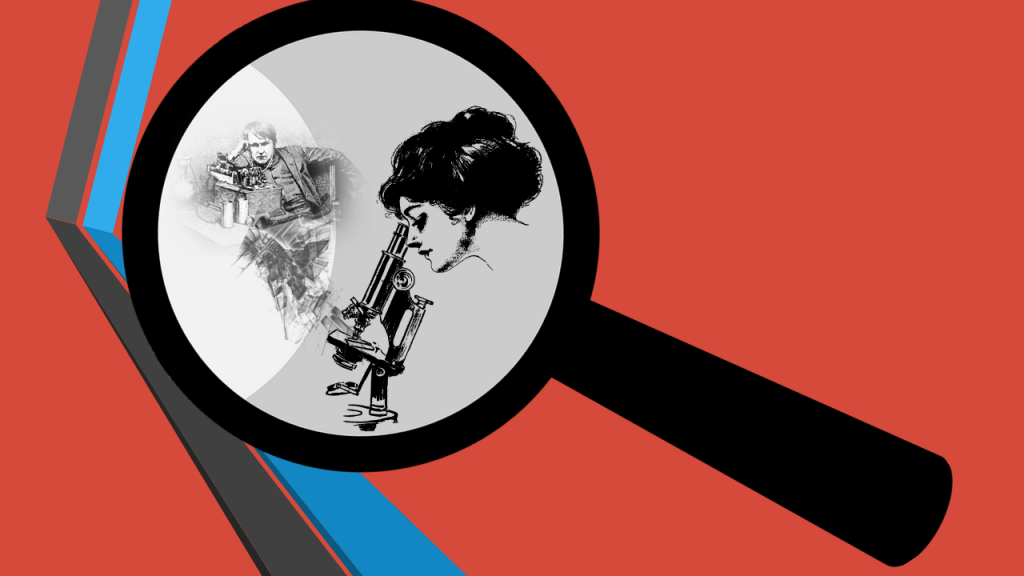 Step 4: Create a prediction and test

You’ve now reached most researchers’ favorite step: to test your hypothesis. And boy, can you be creative here. Your experimental approaches are almost indefinite, and your choice will depend on your question (and resources). The world is your oyster.

First, you want to create a prediction that you can test. “If I change the charger, the phone will start charging.”

Next, you’ll test your prediction with an experiment. All good experiments should bring you closer to answering the question, “is my hypothesis correct?” and, in this quest, you want to compare different conditions. You’ll study at least one so-called experimental condition where you change something you want to test and one or more control conditions that remain the same. The results from the control sample shouldn’t vary too much; they ensure the outcomes from the experimental sample depend on whatever condition you’re changing (the variable).

Now back to the phone: To test whether the charger causes the issue, you might want to find another new charger that matches your phone model (the experimental condition). You then want to compare the new charger with your old charger (the control condition) to evaluate whether a different charger from your old one can change the battery icon and charge the phone.

Now, you test whether your experiment supports your hypothesis based on your prediction above. Two outcomes will be apparent after the test: the prediction is either correct or wrong:

The experiment outcome supports your hypothesis if the new charger charges the phone battery.

The experiment outcome doesn’t support your hypothesis if the new charger doesn’t charge the phone battery.

Note the word “support” here. None of the two outcomes will conclusively prove your hypothesis. Why? Because even if the experiment supports the hypothesis, other factors may have affected the outcome. You may have used different outlets in the two conditions, connected the chargers to different cords, or tested the old charger in an environment that disrupts charging (I don’t know; probably not).

If the new charger alters the battery icon to “charging”, you can breathe the first sigh of relief; it’s the first indication your prediction and hypothesis are correct. However, the icon indication alone does not confirm anything since it’s just that, an indication, not the actual outcome. Before celebrating, you may want to ensure the battery bar gets filled and that the phone works after some charging.

While this last confirmation may seem overly meticulous, it’s worth noting that most precise and demanding tests give you the most accurate results.

Step 5: Present your findings and refine

You’ve analyzed your results and established if the hypothesis is likely correct or incorrect. Now, you’ll have time to assess your new findings and reflect on the results with others and yourself. It’s time to think about the next steps and refine your results. 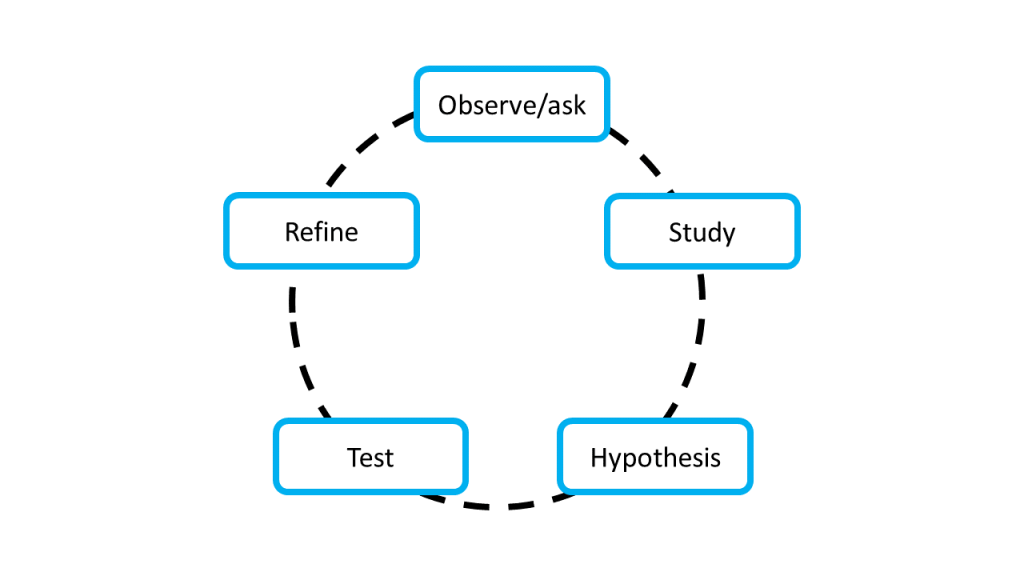 Of course, you’ll find that you may want to go back to a specific step before you reach Step 5. After testing the hypothesis, you might find that your experiment isn’t working, that the new charger is 10 years old and dusty. You might want to take a step back and refine your experiment, testing a brand-new charger to extract reliable data. Or, perhaps you realize you need to specify the hypothesis further.

Friends, in case the point was unclear, the key here is to refine before you repeat. Don’t repeat the same experiment (unaltered) again; it will lead you nowhere (you’re not a squirrel and the cycle is not an exercise wheel).

The scientific method in your daily life

Today, I use the scientific method all the time for everyday tasks, and I don’t even realize I do; it has become ingrained in my way of thinking, and I love it! If you ask me, I think you should embrace it too. The scientific method will make you a better problem solver and help you with different issues or dilemmas in life, including work. It will make you a better person.

You don’t need to complicate things. Instead, start with the mundane stuff and structure your thinking around the scientific method to approach the truth. I leave you with some everyday-life examples highlighting how you can use the strategy seamlessly and without much equipment. 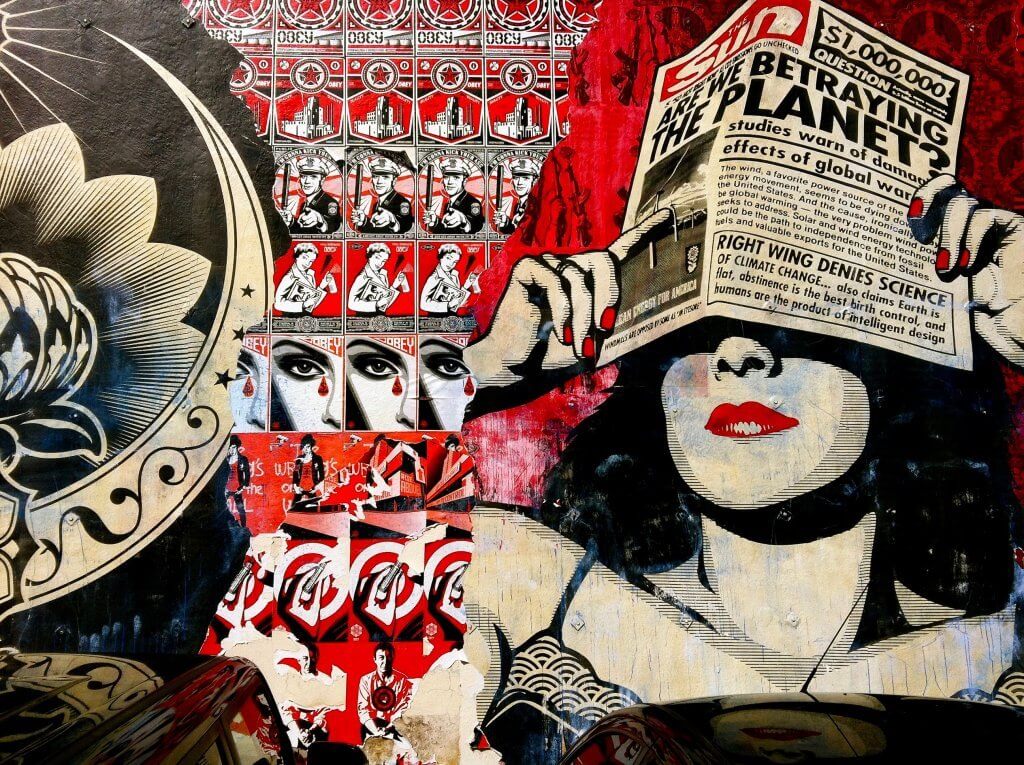 Do you challenge your idols as you should?

Now it’s your turn. Start playing with the scientific method in your everyday life, whether socializing, learning new stuff, or working. The approach will help you solve many problems systematically and accurately. At first, you might need to actively think about the different steps, but eventually, the thought process becomes second nature; you’ll own the scientific method.

Your actions make more difference than you think. I create these posts on my spare time (for free). Time and motivation are my arch enemies. If you enjoyed the read, I hope you can find a little bit of time to click one of the like buttons around here and share the post on whatever social media platform you prefer. It keeps me motivated and helps the website and its content appear on searches.

To visit the Embassy:

The S.H.I.T. Show and how it all started, Interview with the organizers