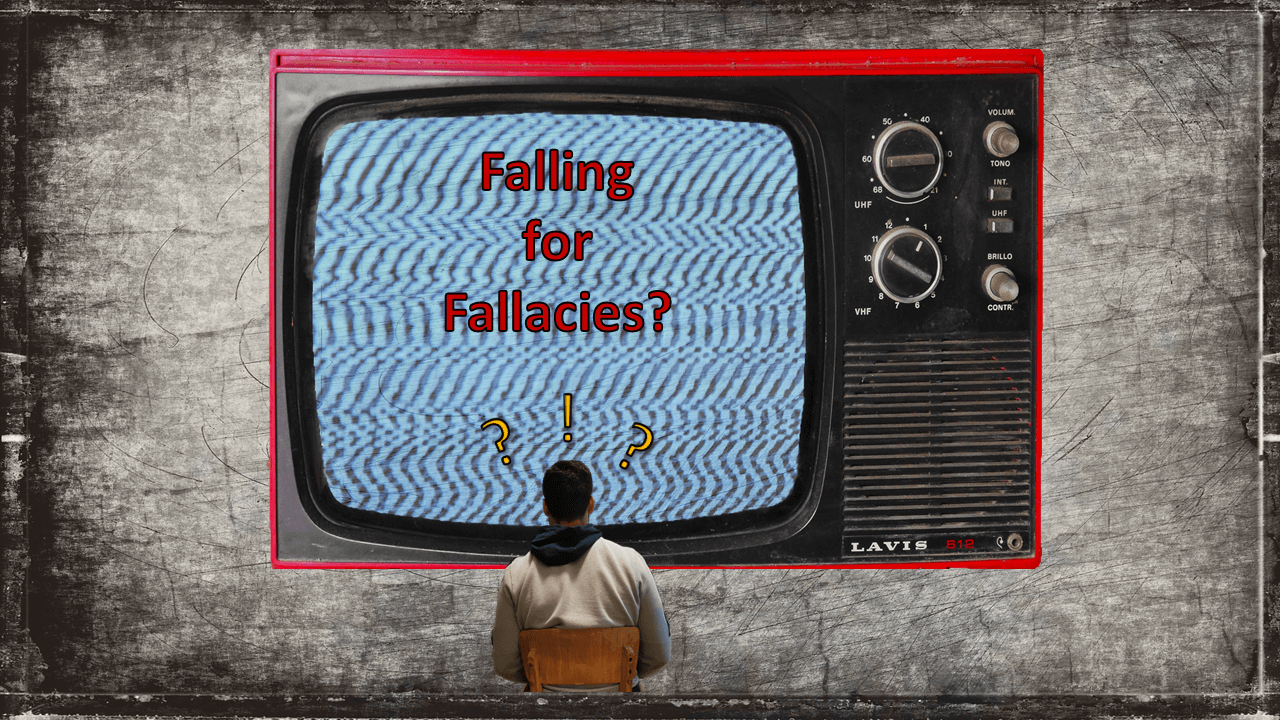 How do you stay sane with the daily bombardment of arguments? From the gossiping neighbor cutting the hedge to the politician who reaches out just before the elections. Advertisers seek to capture your interest, and your friends have this insatiable urge to convince you of the keto diet’s true divinity. They all want to convince you.

To be fair, some of these arguments are well-intended and accurate, “It’s raining outside. If you want to stay dry, you better bring your umbrella.” Boring but honest. Yet other arguments are deceiving, intentionally or unintentionally manipulated in an illogical way to convince you. These are called fallacies. Do you have the knowledge and capacity to spot intentional or unintended fallacies in this daily cacophony of arguments?

Basic knowledge of fallacies can help you improve your skills to spot manipulative communication or your own flawed talking points. Learning fallacies is like learning a language that helps you distinguish between different argument errors. You’ll discover the details that tend to deceive you and corrupt your mind.

In short, fallacy spotting (which also sounds pretty neat) saves you from being duped, helps you win debates and arguments, and makes you smarter! Also, fallacy-spotting enables you to reach sounder conclusions about reality if you apply it to your statements and thinking process.

In other words, they will have a hard time fooling you again (whoever “they” are) once you start spotting fallacies. But first, let’s refresh our memories on how arguments work.

An argument contains one or several premises that ultimately support the conclusion, the sum-up of the idea. A valid argument can look a bit like this:

Or, using a more approachable example than letters (regardless of how fun letters are):

Premise 1: All spiders have eight legs.

Premise 2: Fido is a spider.

Logical fallacies: the dark side of arguments

Changes to these logical structures can corrupt an argument, creating a fallacy, also known as a logical fallacy. Someone can make seemingly valid arguments that turn out to be invalid after closer inspection; they fail to follow the rules of logic. These arguments incorporate false, unsound, or invalid premises, conclusions, or structures.

For the naïve eye, these fallacies can be hard to spot since the statements appear relevant to the topic. You can find loads of ads hiding these invalid statements to drive their conclusion home. For instance, have a look at this (made-up) example:

We asked people in the UK what they thought about Colgadentyne, and 97% believed it protected their teeth and made them whiter. Listen to the people when they tell you Colgadentyne offers the best protection and whitest teeth. Colgadentyne is obviously the best toothpaste on the market. (Freeze scene with a winking dentist-mother showing her white teeth through a forced smile while someone else’s kids are climbing on her back and shoulders.)

Huh? What happened there? The argument contains premises and a conclusion:

But something’s off. If you study the statements in detail, you realize the argument’s infested with logical flaws. For one, the premises don’t support the conclusion. You don’t care how many believed the toothpaste was beneficial, you still miss information, and you want answers: 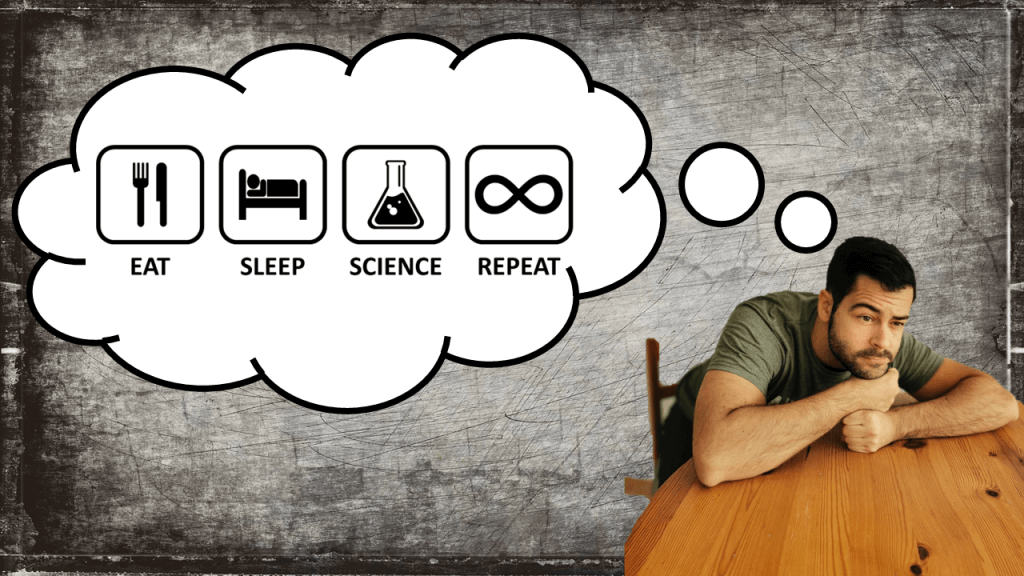 Fallacies are sneaky. In fact, they’re sneaky enough that certain advertisers, politicians, salespeople, propagandists, and religious organizations use them to manipulate and convince you. You may even use these fallacies in your arguments, debates, or thought processes without realizing you do.

The two main groups of fallacies: formal and informal fallacies

Unfortunately, the diversity of fallacy types complicates spotting and reacting to them all – with more than 100 existing fallacies. However, we can start somewhere. For example, let’s start with the two main types of fallacies: formal and informal. Knowing the distinction between these two can help fence against manipulation or self-inflicted errors.

A formal fallacy is an argument with a flawed structure (the form) rather than the content. Affirming the consequent exemplifies formal fallacies pretty well. When someone affirms the consequent, you believe their conclusion because of the premises’ validity.

Or a more realistic example:

Premise 1: All successful skaters own a skateboard.

Premise 2: I own a skateboard.

Both premises in the example above are probably true, which invites you to nod and agree. However, the conclusion is invalid as it doesn’t offer any evidence to support my success as a skater. So, the conclusion may seem valid since it follows two true premises, but you need more information to determine whether I’m a successful skater.

Think how car sellers would promote their cars back in the day, placing a lightly dressed young woman next to a car. “A good-looking, half-naked woman next to the car can only mean there’s a relationship between owning that car and being with a sexy lady.” I’m not sure this tactic still exists, but the woman and car are independent actors – except for their physical closeness – and don’t explain anything about the other.

In the same way, a formal fallacy dissociates the premises from the conclusion, creating a flawed argument structure (or form).

Moderate person: The true answer should lie somewhere in between, so teeth are gray.

The moderate person reflectively assumes that the in-between option is the right one, making the content argument invalid. While some truths may lie between two extremes, it’s never a given.

We can find countless examples of informal fallacies, especially during political discourses and in the media. They include popular tactics like ad-hominem attacks, in which you attack your opponent instead of the argument, and straw-man arguments, in which you misrepresent your opponent’s argument.

Watch out for both formal and informal fallacies

One type of fallacy is not more or less dangerous than the other. Both formal and informal fallacies are deliberate or accidental reasoning errors that invalidate arguments. If you’re on the receiving end of a fallacy, especially when unaware of it, you risk becoming a victim of scams and dishonesty, for example, from companies, frenemies, or so-called experts. By contrast, if you’re the one committing a fallacy, you risk losing whatever credibility and reputation you may have had. 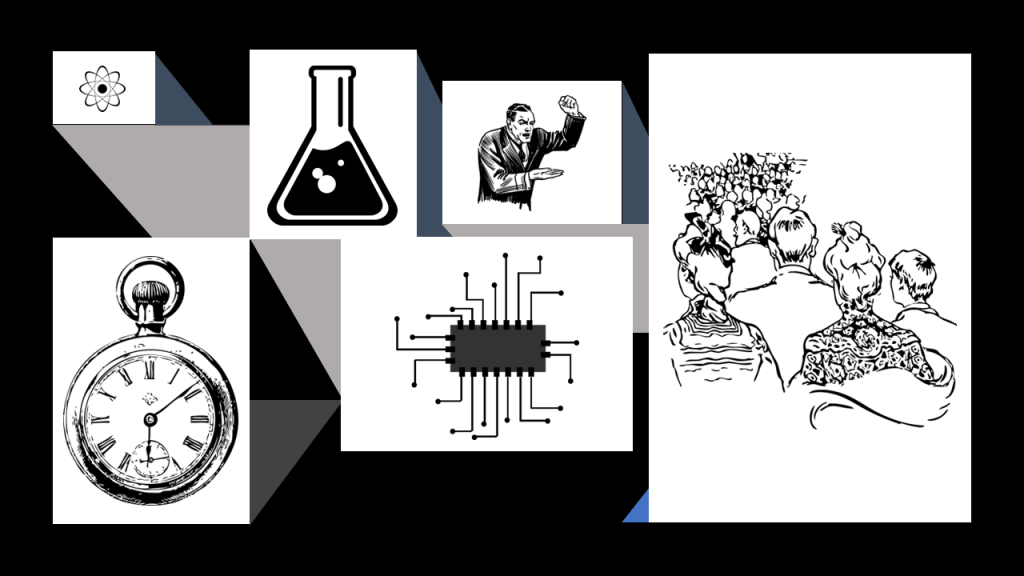 Why is it so difficult to refute BS and what can you do about it?

What you can do to counter formal and informal fallacies

Regardless of the argument, you find yourself in, mindfulness becomes a fallacy spotter’s trusted friend. If you’re discussing with someone, remind yourself at times to trace back to the starting point of the discussion. What did you argue initially, and what did your “opponent” state? Do the conclusions – theirs and yours – make sense based on the presented premises?

I love discussions and constantly train myself to spot fallacies and traps all the time, including my own. I probably tend to generalize where my knowledge fails, in which case, I remind myself I need to study the topic further (that’s the over-achiever in me).

You could point out if you notice someone else’s fallacious argument. However, as a word of caution, I remind you to pick your battles. For example, calling out an informal fallacy could backfire on you if you don’t know the topic or how to build your case.

Make spotting and remarking fallacies (either internally or explicitly) a part of your life. Let fallacy spotting become your lifestyle. Eventually, you’ll start seeing them coming from miles away and avoid misinterpretations, miscommunication, and deceptions.

I recently had a philosophical discussion with friends over dinner when I smelled a straw man, a misrepresentation of one of my arguments, coming miles away. I simply prepared my friend that I suspected one coming, and once the straw man revealed itself, I exclaimed, “Aha! There’s that straw man!”. Of course, I invite you to turn on your diplomatic coat during discussions; unless exclamation mode is part of the vibe.

Remember what the gambler said. He said:

“Son, I’ve made a life out of readin’ people’s faces

So, if you don’t mind my sayin’, I can see you’re out of aces

For a taste of your whiskey, I’ll give you some advice.”

Your actions make more difference than you think. I create these posts on my spare time (for free). Time and motivation are my arch enemies. If you enjoyed the read, I hope you can find a little bit of time to click one of the like buttons around here and share the post on whatever social media platform you prefer. It keeps me motivated and helps the website and its content appear on searches.

To visit the Embassy:

Do you challenge your idols as you should?